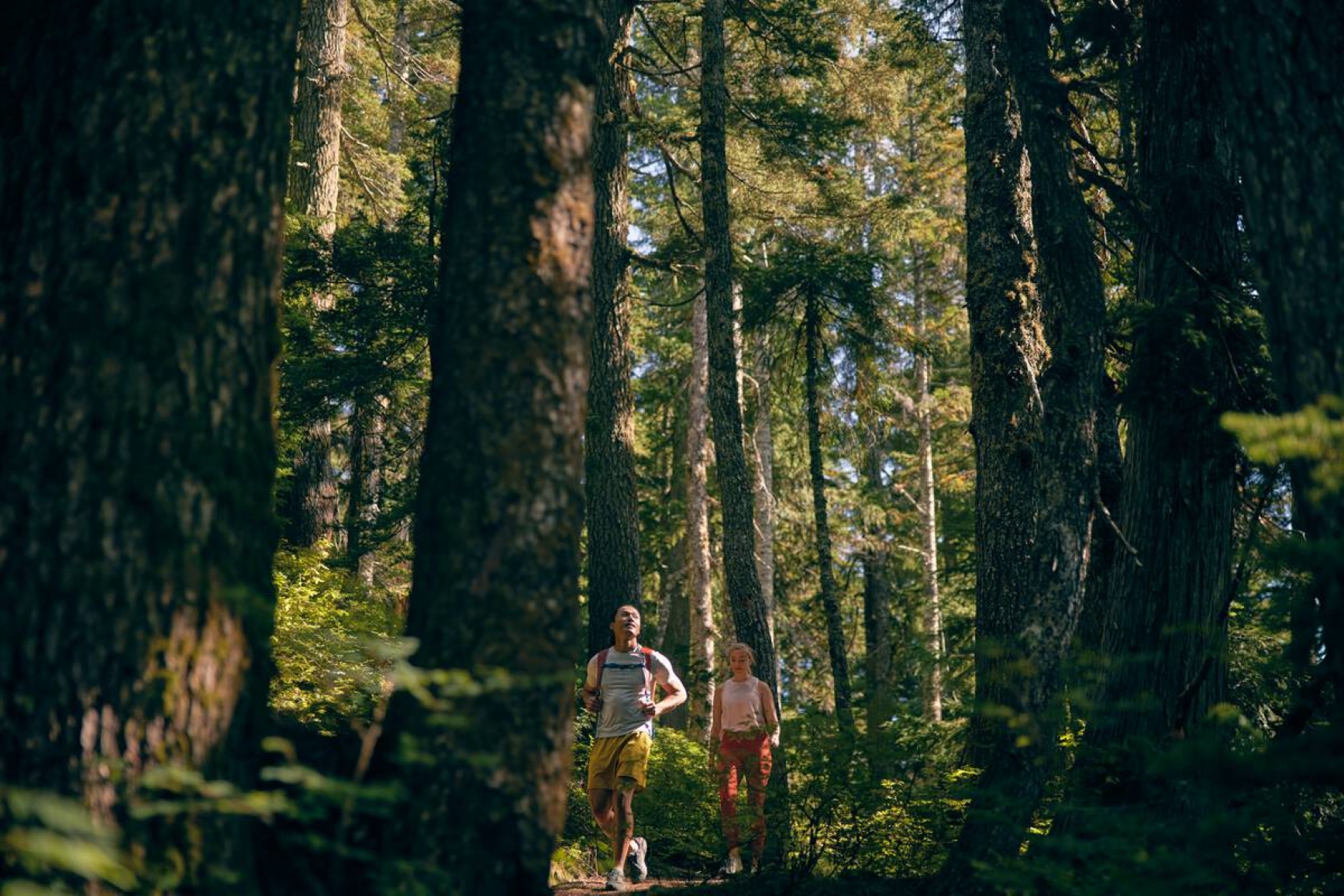 The towering north shore mountains which form a backdrop to the bustling city of Vancouver have beckoned outdoor recreationists for many years. Until the opening of the Lions Gate Bridge in 1939, a fleet of ferries transported hikers and skiers across Burrard Inlet on the first leg of their journey to Hollyburn Ridge, which is now part of Cypress Park.

Bounded on the west by Howe Sound, on the north and east by the ridge tops of Mount Strachan and Hollyburn Mountain and to the south by West Vancouver, Cypress sits like a ship’s crow's nest high above Vancouver.

On a clear day the views are spectacular! To the south is the sprawling metropolitan area of Vancouver, while to the southeast is snow-clad Mount Baker in the Cascade Mountain chain. To the west and southwest lie the Gulf Islands and Vancouver Island with Georgia Strait in the foreground.

The diversity of natural features, old-growth trees, and outdoor recreation opportunities both summer and winter, is due partly to the climate of coastal British Columbia. The mean annual temperature of around 10° C (50° F) results in many warm days for hikers and sightseers.

No matter what the season or the weather, Cypress Park is an enjoyable place to be. Hiking, sightseeing, photography, wilderness camping, skiing, snowboarding, cross country skiing, snow tubing, and snowshoeing and other snow-related activities are just some of the activities the park offers.

Cypress Park, through the commercial ski area under permit within the park, Cypress Mountain, was the official freestyle skiing and snowboard venue for the Vancouver 2010 Winter Olympics.

The downhill ski base area is closed to public access from 10pm until 9am.

This park is serviced by Parkbus

Did you know Parkbus is an environmentally friendly, affordable transportation service from downtown Vancouver to select BC Parks? Find out more about Parkbus, including their routes, schedules, and contact details.

Wilderness camping is allowed at higher elevations beyond the Alpine and Nordic ski areas and along the Howe Sound Crest Trail, but no facilities are provided.

There are three preferred sites along the Howe Sound Crest trail.

Accessibility information is available for this park.

This park has two day-use picnic areas. Each day-use area has two pit toilets and picnic tables with barbeque attachments. Bring your own briquettes. There are no fire rings and fires are not permitted.

For your own safety and the preservation of the park, obey posted signs and keep to designated trails. Shortcutting trails destroys plant life and soil structure.

Pets and other domestic animals must be on a leash at all times and are not allowed in beach areas or park buildings. You are responsible for their behaviour and must dispose of their excrement. Backcountry areas are not suitable for dogs or other pets due to wildlife issues and the potential for problems with bears.

Dogs and other pets are not permitted on the Yew Lake Interpretive Trail.

Bikes are not permitted on any trails within the park. Bicycles must keep to roadways. Bicycle helmets are mandatory in British Columbia.

Please note that bicycles with electric assist motors (e-bikes) are also not allowed on the trails within Cypress Park. E-bikes are restricted to park roads and areas where motorized use is permitted. The only exception to this policy will be for authorized and identified trail maintenance bikes conducting work on behalf of BC Parks.

Cypress Mountain Resort is located within the park. They offer downhill skiing and snowboarding, cross-country skiing, a snow tubing park with a tube tow, and 11 km of marked self-guided interpretive snowshoeing trails in the Nordic ski area.

Tobogganing is only permitted in the designated area.

During the peak winter months, parking capacity can be exceeded at the upper parking lots of Cypress Park. These parking lots service the customers of Cypress Mountain Resort who pay a fee to ski, snowboard, snowshoe, and snowtube, as well as the general public that comes to play in the park. Please do your part to ensure there is sufficient parking for everyone. Be sure to carpool, or consider taking the Cypress Coach Lines bus.

Learn more about this park

In 1939, the official opening of the Lions Gate Bridge linking Vancouver and West Vancouver by His Majesty King George VI and Queen Elizabeth II, signaled the end of the West Vancouver Ferry era and heralded the start of a population expansion in the city. As the population of the area increased there was an increasing necessity for more areas for skiing and hiking, which resulted in the creation of Cypress Park.

The park has many natural highlights, including several sparkling mountain lakes, such as Blue Gentian, First, Yew, Cabin, and West Lakes, that are nestled below the peaks of Mount Strachan (1,454m), Black Mountain (1,217m), and Hollyburn Mountain (1,325m).

Where the access road enters the park, at an elevation of 300m, you pass first through a coastal Douglas fir forest. This is a fire-scarred area with even-age stands of mixed Douglas fir and western hemlock. Logging activities prior to the establishment of the park have opened much of the forest floor to the luxuriant growth of vine maple and cedar.

Between 800m and 940m elevation, the forest gradually changes and, as the ridge tops are approached at 1,300m above sea level, mountain hemlock, amabalis fir, and yellow cypress, for which the park is named, predominate. The lush understory consists largely of shade-tolerant ferns, huckleberries, red and white heather, and false azaleas.

Invasive plants occur in the park and are being managed by BC Parks and partners. For more information, please see the Cypress Provincial Park Invasive Plant Management Strategy [PDF] .

A variety of large and small mammals inhabit the park. Coyotes and deer are often seen close to the access road. Black bears, squirrels, hares, and weasels may be encountered in the backcountry. Adding colour and sound to the park are a variety of birds like ravens, gray jays, chickadees, warblers, woodpeckers, grouse, hawks, and owls.

BC Parks honours Indigenous Peoples’ connection to the land and respects the importance of their diverse teachings, traditions, and practices within these territories. This park webpage may not adequately represent the full history of this park and the connection of Indigenous Peoples to this land. We are working in partnership with Indigenous Peoples to update our websites so that they better reflect the history and cultures of these special places.